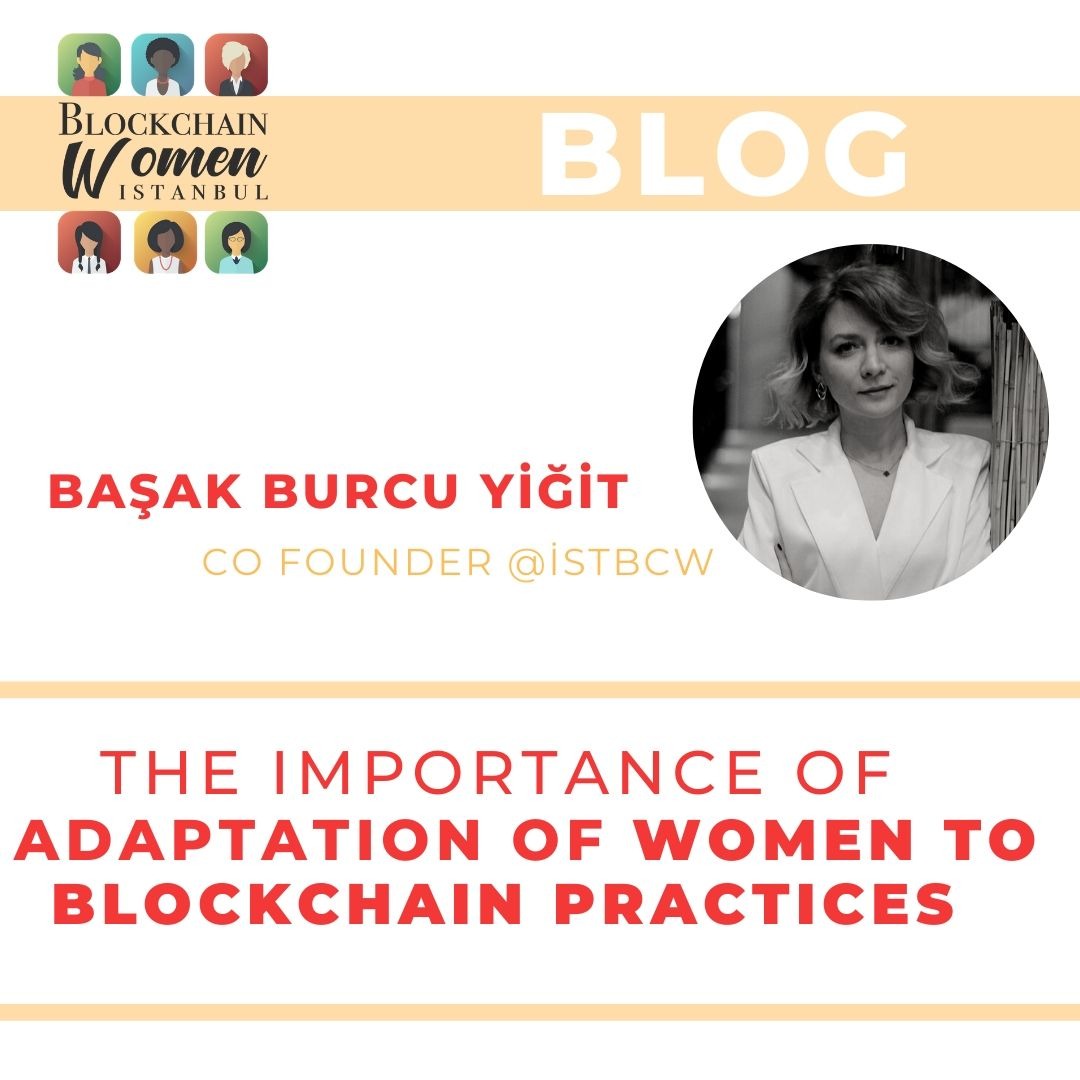 The Importance of Adaptation of Women to Blockchain Applications

While leaving the World Working Women’s Day behind, it would not be possible not to touch upon the blockchain and women’s issue. As one of the founders of a community that aims to increase the number of women in the blockchain and crypto money ecosystem, and to raise awareness, knowledge and sensitivity to women on these issues, it is also significant that my first article published in BTC Haber coincides with this important day.

Let’s take a step back and look at the issue to explain the sensitivity of the issue. The world population, which is 7.7 billion today, is increasing more rapidly than ever before. According to the United Nations World Population Estimates Report, this figure is projected to be 8.6 billion in 2030, 9.8 billion in 2050, and 11.2 billion in 2100. Inefficient use of resources brings problems such as hunger, famine and drought. Decisions made in the development plans so far have an impact on today’s life, hereupon we do not have the luxury to make mistakes. In the current financial and socio-cultural structure, urgent measures need to be taken stands out at first glance. With this in mind, Sustainable Development Goals, which came into effect in January 2016 were put on the agenda by more than 180 countries, were published. These 17 Development Goals which act as a call to action to eliminate poverty, protect our planet and facilitate all people living in peace and prosperity, aims a global success and one of the countries committed to achieving these goals is Turkey. Gender Equality is the fifth item of these goals, addressing many environmental, social and cultural issues such as peace, justice, innovation, sustainable consumption, climate change, economic inequality.

The use of information and communication technologies needs to be improved

Achievement of these goals is examined in the light of certain sub-sections and recent progress is published on a country basis. One of the breakdowns stipulated in Article 5 is “Improving the use of technologies that support women’s empowerment, especially information and communication technologies”.

Recent research predicts that gender equality will not be achieved for 217 years as long as the current conditions continue. According to the latest Global Gender Equality Report published by the World Economic Forum, the gap will continue to increase as women fall behind in politics, health, education and the economy. However, I am not that hopeless. I say that developing technologies can democratize access to resources such as education and finance, and increase gender equality much faster than we think. I even claim that the world will be saved through technology.

Of course, one should not forget the fact that people who pioneer the change and develop the technology also have prejudiced views, perhaps consciously or unconsciously, and the issue might continue to exist even in an Artificial Intelligence fed by the available data.

Coming to blockchain technology. Since you are reading this article, I assume that you are not foreign to the blockchain’s transformative potential. Blockchain has the power to connect the world, make the world more fair and open, create a more reliable financial system, increase economic participation, and democratize financial services like never seen before.

With this power, blockchain technology is changing the tools and ways of business of the future very quickly. We need perspectives that reflect how it will look when it reaches its full potential during this change process. It is critical to have a female voice at the table in order to be able to fully envision and direct this change.

On the other hand, according to the estimates, 65% of the children who started primary school today will work with a completely new job that is not yet existing when they enter the business life. While our way of doing business changes so fast; Wouldn’t it be a big strategic mistake not to prepare women who make up almost half of the world population for this change and to keep them away from the economy and production in the future? I personally think that we do not have the luxury to take such a risk, given the population growth estimates I mentioned above.

Although most job changes and growth continue to come in the STEM field, only 12% of engineering students worldwide are still women. The percentage of women’s technological literacy and participation in the informatics sector are also very low compared to men worldwide.

Research says that emerging technologies like blockchain may be an opportunity to close this gap. While technology is just developing and most of them are trying to grasp what this new technology brings; In other words, it is a bit easier to be at the table when the cards are redistributed and women should not miss this opportunity.

Gender inequality is closely linked to financial independence. Another important issue that blockchain technology can significantly affect in reducing the large gap in gender inequality is the power to access financial and financial services to women. Rural women in developing countries in Asia and Africa are not able to access banking solutions.

According to the data, 42% of women worldwide (1.1 billion in total) cannot benefit from banking services. Likewise, the lack of women’s credit history is much more than men’s. So women mostly do not have a safe place to save and store cash transfers and transfers. The lack of such financial freedom brings dependency on a man to deal with emergencies.

Therefore, the financial technological innovations that the blockchain will bring can play a major equalizing role not only in terms of access but also in how financial products and services are designed. Many exemplary projects that have already taken on this equalizer role have been implemented.

On the other hand, women should adapt to the use of this technology as soon as possible. While research shows that more than 90% of cryptocurrency users are male, I argue that the best way to understand technology is to engage with bitcoin and cryptocurrencies more. Yet another study says that only 1.76% of cryptocurrency communities are women. Linkedin co-founder Allen Blue said in a statement on this subject that women do not have as many opportunities as men to get involved in networks on developing technologies and they need to be encouraged. I put my signature under this view without thinking, and while the precautions to be taken are so clear, I point out my article by emphasizing once again that we all bear this responsibility.